Tap and then Add to Home Screen

Formation Skydiving (FS) is a traditional discipline where flyers maintain a belly-down orientation and build formations with accompanying teammates. FS is a common starting ground for new competitors because it does not require advanced freefall skill and provides measurable progress. Competitive FS divides categories by number of team members – 2, 3, and 4 person teams - and subcategories are divided by skill level. These subcategories rang from Rookie to Open (the most experienced) and differ by the number and difficulty of formations a team must build in each round of competition. Per current IBA rules, 2-way FS offers Intermediate and Advanced classes, 3-way only has an Intermediate class, and the 4-way events are composed of four classes – AAA Class (Open/Advance), AA Class Intermediate, A Class and Rookie Class.

The tougher the class, the more formations the team is required to perform (see chart below). All formations are part of a Dive Pool – the standard set of moves grouped into Blocks and Randoms. A Random is a single formation with all team members in a specific position and is equal to 1 point. A Block maneuver begins with a specific formation similar to a Random, then requires a clearly defined move to either the same formation or a different one, it is worth 2 points.

Just before a competition, and once all training time has concluded, a Draw of formations from the Dive Pool is done for each competing event and class. This Draw should consist of 6-10 Rounds (the discretion of the Meet Director) and each Round will have varying numbers of Blocks and Randoms. Each Round will receive 1 minute of flight time, and 35 seconds of said time will be scored. Teams acquire points for accurately completed Blocks and Randoms, and at the end of all Rounds, the team with the most points, wins.

1-3 Judges (depending on the scope of the meet) will score the competition live from the flight deck or from video playback of a top-down or bottom-up camera with full view of the flight chamber. Judges are allowed to re-watch Rounds to ensure they have awarded accurate scores. 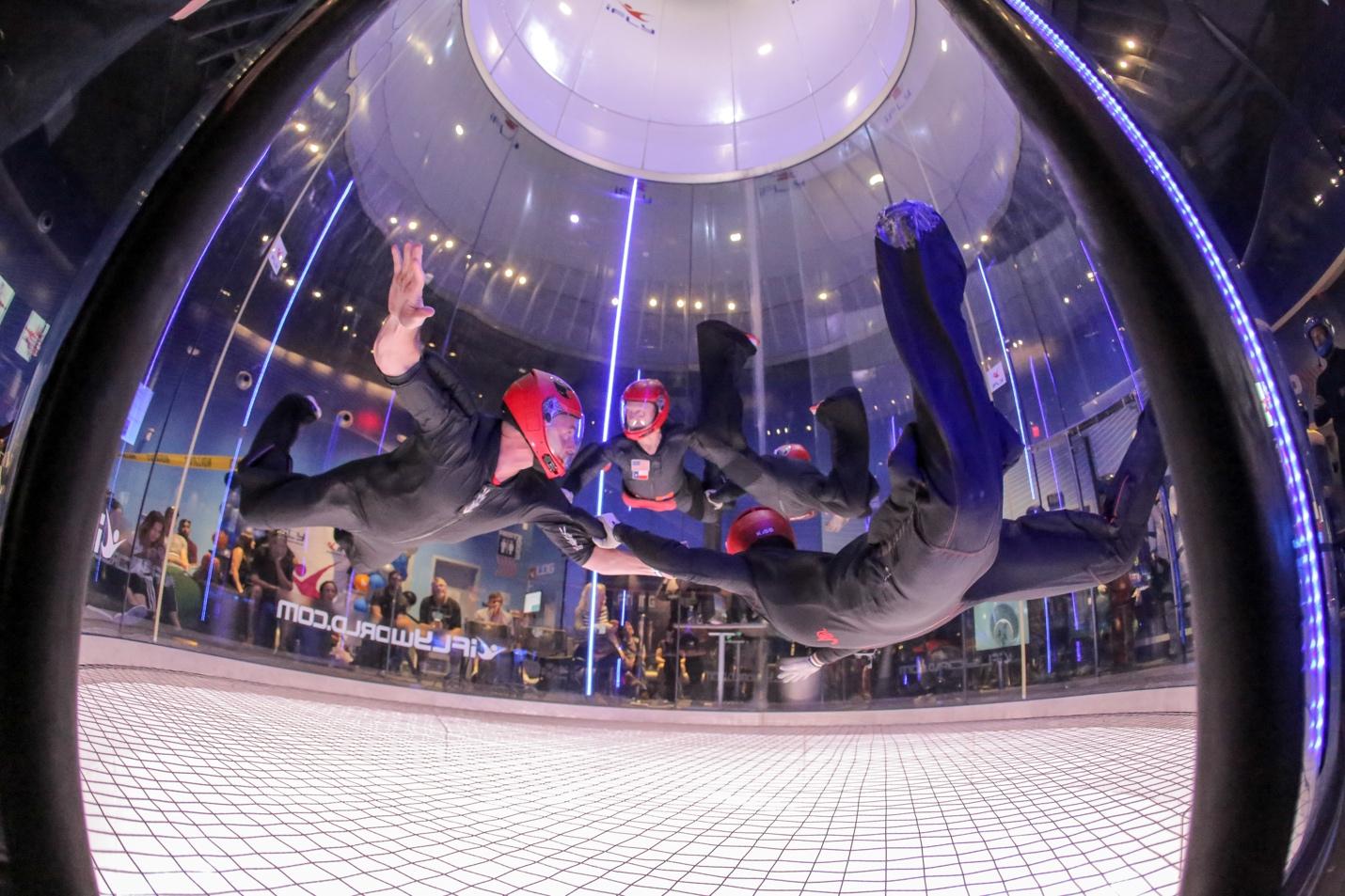 As mentioned, each class has a varying level of difficulty. The following link contains the current Randoms and Blocks that are assigned to which class, based on the size of the wind tunnel. See the 4way FS Competition Rules for examples of the depictions of the Blocks and Randoms.